Richard Morris and Carl Franklin interview Shane Barnbrook, survivor of an accident that left him classified as an incomplete quadriplegic. Through the magic of the ketogenic diet he has lost considerable weight and controlled his inflammation. Hear the fascinating story of how he and his family have managed to keep their sense of humor as life throws them more than their fair-share of curve balls. UPDATE: Music to Code By actually DID help Shane's daughter get to sleep! Also, Carl DID cook the sous vide eggs after the show was recorded and They. Were. Delicious.

Richard referred to Chef Raymond Blanc having two hats ... but of course he meant Michelin stars. "Chef hats" is an Australian honorary for great Australian chefs only, but not the same thing as a Michelin star which is international and much more sought after. 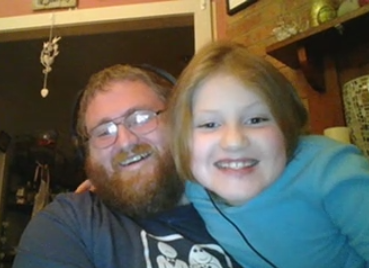 Shane Barnbrook hails from Central Victoria, Australia. He's been doing Keto for around 18 months and has lost just over 100 pounds. Shane comes from a social work background, spending over 10 years working with disadvantaged youth. Shane was a stay-at-home dad for the 2 years leading up to his accident, which he's here to tell us about.