Carl Franklin and Richard Morris talk to Amber O'Hearn about being a carnivore, evolution, sleep, ketogenic metabolism, and a few other tasty nuggets you won't want to miss!

Richard forgot to mention when working with Transglutaminase .. wear food prep gloves.
Amber sent us a piece of errata. She writes: In our podcast, Carl asks me if babies *have* to be in ketosis to build brains, and I say yes, but that's not true. That is, the primary way that babies build fat and cholesterol in the brain in normal conditions *is* out of ketone bodies, though a small proportion is also made from glucose. I have a few references on this point in the talk transcript on my blog.
The critical question is: What happens if there are no ketones to be had and only glucose? The answer seems to be that glucose will suffice. There is a rare inborn error of metabolism called HMG-CoA lyase deficiency, which prevents the body from making ketones. A paper by another brilliant Morris ( Cerebral ketone body metabolism ) reports that people afflicted with this have white matter abnormalities, but no noticeable loss of function, except of course, they can't go without food for long. This suggests that in cases where there are no circulating ketones, the glucose alternative pathway will take over, and get at least an adequate brain constructed. It occurs to me that children with this condition may be perfect candidates for the therapeutic use of ketones esters, provided the condition doesn't somehow prevent their use.
"Given the importance of KBs [ketone bodies] as substrates for myelination, one might expect disorders of ketogenesis to be associated with cerebral white-matter abnormalities. Magnetic resonance imaging has, indeed, shown diffuse mildly increased signal in the white matter of patients with HMG-CoA lyase deficiency. Superimposed on this are foci of more abnormal signal. In most cases, multiple lesions have been present, varying in size from a few millimetres to large confluent areas; as well as in the cerebral hemispheres, they have been reported in the internal capsule and brainstem but not in the corpus callosum or cerebellar white matter. Despite the imaging abnormalities, most patients have had no neurological problems and normal or slightly below average intelligence. The findings would be compatible with hypomyelination, caused by the lack of KB." 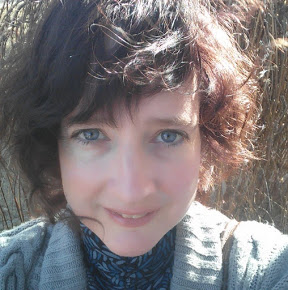 Amber O`Hearn has an M.Sc. in computer science from the University of Toronto where she studied computational linguistics. She has three active healthy sons. Amber has no medical credentials, and cites this as an advantage, because it reduces her temptation to say "Trust me. I know what I'm talking about!." Instead, she shows you the evidence so you can judge for yourself. Amber has eaten almost nothing but meat for more than five years. Her personal blog is http://www.empiri.ca/ and her critical work is at http://www.ketotic.org/