Sitting Down with Gary Fettke (Part 1 of 2)

While at the Low-Carb Breckenridge conference in Colorado in February, 2017, Carl Franklin and Richard Morris got the chance to sit down and talk to Dr. Gary Fettke, the now famous (or is it infamous) orthopedic surgeon from Tasmania who has been silenced by the AHPRA (Australian Health Practitioner Regulation Agency) for having the tenacity to tell his diabetes patients to eat a low-carbohydrate diet so they might avoid him having to amputate their limbs - which he does all too often. This is the first time Gary has spoken out on a podcast since the AHPRA informed him he was not qualified to give nutritional advice to his patients. This is part one of a two-part conversation to be continued next week.

The first minute or so of Gary's audio is sub-par. We are deeply embarrassed by this gross mistake and have flogged ourselves appropriately. 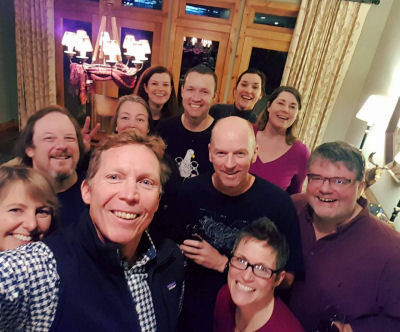 Dr. Gary Fettke is an Australian-based Orthopaedic Surgeon with a practice located in East Launceston, Tasmania. He is often called upon to amputate the limbs of his diabetic patients. He has been silenced by the authorities after advising his patients to simply eat real fresh, local, seasonal food. Now you can hear his story in his own words. UPDATE: Gary was cleared of all charges in September, 2018!